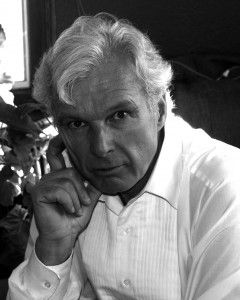 Jim Barrett’s art work has been displayed in many Bozeman and Livingston,   Montana galleries. He received his undergraduate degree in Fine Art while attending Montana State University (MSU). He has nearly four years of architectural training from MSU. Jim Barrett’s work may be found in private collections throughout this country and abroad. Jim lives with his family in Livingston, Montana. Jim has always expressed his compelling desire to protect this special place in and around Yellowstone. Together with his wife, Heidi, Jim successfully led the local movement to stop the proposed New World Mine project adjacent to Yellowstone National Park. Together they were awarded the 1997 National Parks Conservation Association’s Marjorie Stoneman Douglas award for citizen activism. Jim was born and raised in Detroit, Michigan, and there attended the Art School of the Society of Arts and Crafts, an affiliate of the Detroit Institute of Arts. Jim left the Detroit area in 1972 in a VW bug and vowed to put down roots in the most beautiful spot he found. With his own sweat and local materials he handcrafted a place along the Soda Butte Creek on Yellowstone Park’s northeast border. He and his family spend every available moment here. “The longer I find myself making Art and thinking about Art, the more I realize how dependent I am on other Art for direction. I rely on my experience with what has come before to gauge my own work. That’s not to say that I imitate (at least not consciously) what has come before but rather my assimilation of what I have come to understand Art to be determines whether or not I consider my work valid. From the perspective of the early 21st century we are able to look at the evolution of image making from ‘virtual reality’ to prehistoric cave paintings. We may debate and speculate about perceived functions these images or objects might have had or have today, but I think we all agree that image making has been an important aspect of every culture throughout time. Except for the early to middle part of the last century, the evolution of image making in our culture tended toward ever-increasing attempts at imitations of ‘nature.’ That is, effects of light on color, accuracy or faithfulness to subject, the so-called “window on the world” and even the social and psychological aspects of the subject matter. Recently, when creating my art (aside from the choice of subject), my intent is to allow my powers as an image-maker to flow unselfconsciously so that it retains a fresh aspect and can take on the qualities of ‘living works of Art.’ In other words, the bison you see is an extension of the real thing, not a portrait of a bison. My hope is that the viewer is a participant in the image making process and engages the works as one might engage a poem. My work responds to issues that are important to me as a member of this mountain ecosystem. The large animals that represent the ‘western mystique’ seem constantly in conflict with the economic interests of this region. My works pay homage to these wild inhabitants who are manipulated at the whim of those interests and yet somehow survive.”